How does one fix a problem like bias? Start with real numbers.

As more states pass pay equity laws, the issue of pay fairness has become a more pressing compliance concern. For a long time, pay has been considered a deeply personal, secretive issue held in check by taboos on talking about salary at work. These norms are collapsing thanks to an unprecedented level of transparency enabled by the internet (and by millennials, too).

But making what was once inscrutable into something explicit can reveal some long-hidden dirty laundry employers would rather never saw the light of day. Bad managers, ingrained biases and pay scales based on subjectivity have all likely been protected by bad pay policies.

To fix that mess, companies are turning to objective data and data storytelling to enforce more explicit fairness. How do you do that without taking other legal risks? Take it smart and slow — and don’t make any sudden blanket guarantees.

Digging out of a mess

Employers don’t exactly have it easy. Addressing pay inequity also means staring down deeper social issues that a single employer may feel powerless against. That’s why starting with a few key facts and moving out from there can help.

“At a given job and performance level, education and experience, you have to get the same pay, period,” John Schwarz, CEO of Visier, a workplace analytics company, told HR Dive. “Now, how to get there is tough.”

He outlined three big reasons why a large pay gap exists between genders:

Employers haven’t done everything they can to fix these issues, either.

“We are in this weird transitional period in the marketplace to decide pay,” Zev Eigen, Global Director of Data Analytics at Littler Mendelson, told HR Dive. “Employers will ask ‘how did you pay this person’ or consult the market. But it’s not really based on anything.”

Deciding pay can feel nebulous or outside HR’s control in some respects. If the market sets a certain number, that can feel like an objective answer to a subjective process. But often the number dictated by the broader market is also based on vague, nebulous answers steeped in a mentality of ‘Well, it’s what everyone else is doing.’

Employers who want to lead on pay equity will have to ask hard questions and do even harder work. What measures should account for pay variation within a single group of employees? Looking at a group of engineers, for example — should an employer decide pay based on time spent doing the job, tenure on the job, training or other measures of skill?

"If you don’t have people managers able to answer those questions, employees aren’t going to trust you."

Head of diversity and inclusion, Lever

Employee data is emerging that can help clarify problems with pay and answer those difficult questions. Some of those questions get down to the core of why a job exists, forcing HR leaders to grapple with why any one job is valued at a certain amount, Ciara Trinidad, head of diversity and inclusion at Lever, a recruiting software company, told HR Dive. Historically, HR hasn’t always been good at that.

On top of calls for increased use of data, those questions can’t be answered once and then settled for all of time. Employers need to be willing to follow up regularly to ensure calculations remain fair and be ready to answer employee questions about pay decisions.

“If you don’t have people managers able to answer those questions, employees aren’t going to trust you,” Trinidad said.

The power of data

A lot is at risk, then, if employers can’t figure out equitable pay calculations.

Luckily, the very act of collecting and sorting data finishes some of the work upfront. Managers now get a solid view of performance across broad parts of the organization, more easily allowing variables to be compared, Schwarz said. Data can also point out the managers that are not great at their jobs — and often, it can unmask managers that may be relying on biases or prejudices to assign promotions and pay raises.

“We’ve seen organizations where they have identified entire divisions where there was a persistent anti-women bias, which resulted in much higher attrition rates,” Schwarz noted. In all, data that is used appropriately can become a useful tool in enforcing a pay policy over time, plugging up sources of attrition and predicting future performance issues.

But many HR managers are not trained data scientists. Employers who want to solve the issue proactively may first need to admit they need help doing so. One of the biggest mistakes Eigen sees employers make is that they pin the problem-solving all on their “compensation person,” assuming they will have the data and statistical know-how to figure it out. That’s not always the case.

“Do not rely on convenience,” Eigen said. “A person in comp may not be a statistician. Economic modeling, even, is not the same thing.”

To make the data work for them, an employer must essentially “draw circles” around comparable groups and then set control variables. What are the statistically problematic things you see? How do you explain them?

Of course, rules about which variables are permissible in deciding pay vary from state to state — and it’s not likely to get easier anytime soon considering more states are passing pay equity laws of their own.

“We spend a lot of time with employers trying to figure this out, how to identify risk,” Eigen said. “Some values are permissible and some are not. But there are folks out there that know about this, and if you know a lot, it is not as labor intensive.”

Employers can work together to create fairness, to some extent, as well. Market data still plays a key role in deciding compensation.

“Being able to have market data based on industry standards for a role helps create equitable pay structures,” Trinidad said.

Be explicit and objective

In all, making compensation fairer will require employers to become more transparent. That doesn’t have to mean posting every employee’s salary on a database that everyone can see. Simply being explicit with employees about how and why certain roles are paid certain amounts can go a long way.

“The trick about pay equity is being able to be explicit about what that means,” Trinidad said. Her company uses compensation bands. Employees are aware of the bands and may use them as a guide to work toward promotions and pay raises.

Trinidad said she also doesn’t believe in employees having to negotiate for their own raises. The power dynamic and the stress it creates is a long-term drag on productivity when an employer could streamline the whole thing by making the promotion and pay structures accessible.

“The trick about pay equity is being able to be explicit about what that means."

Instituting new pay policies is by no means an easy feat. But for employers that want to future-proof their business, knowing how and why you set your compensation levels can make life easier in the long run.

“It is very expensive. It takes days-worth of preparation for every employee you have,” Schwarz said, “but the outcomes are certainly worth it.” 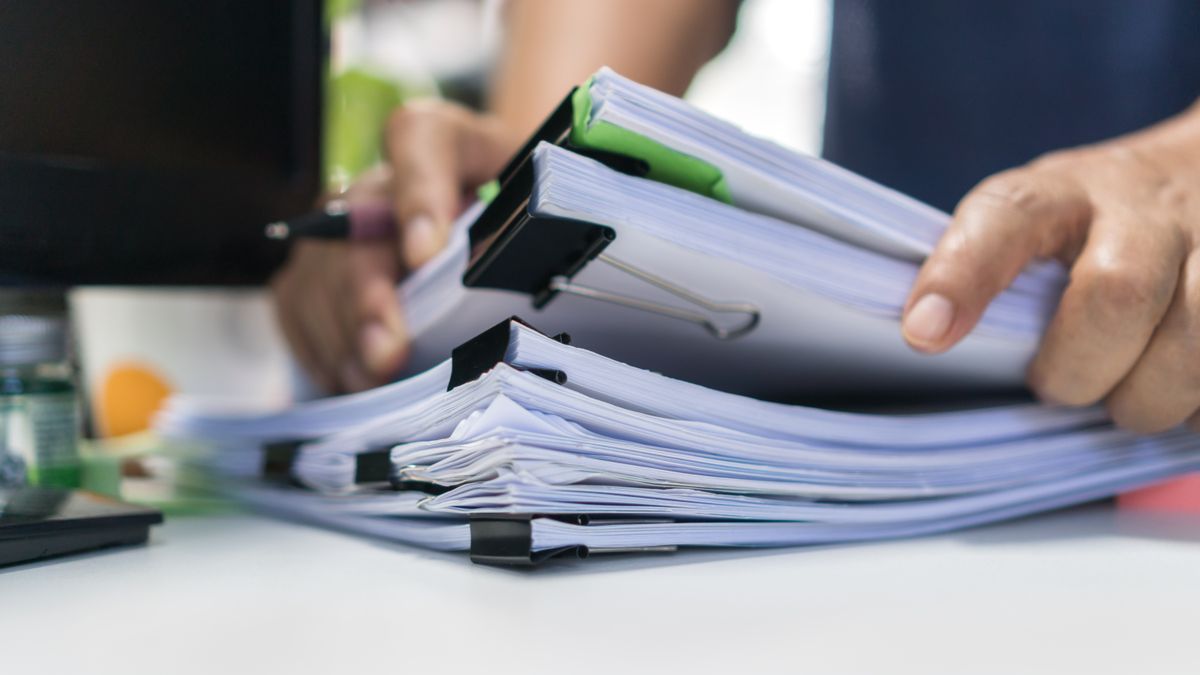 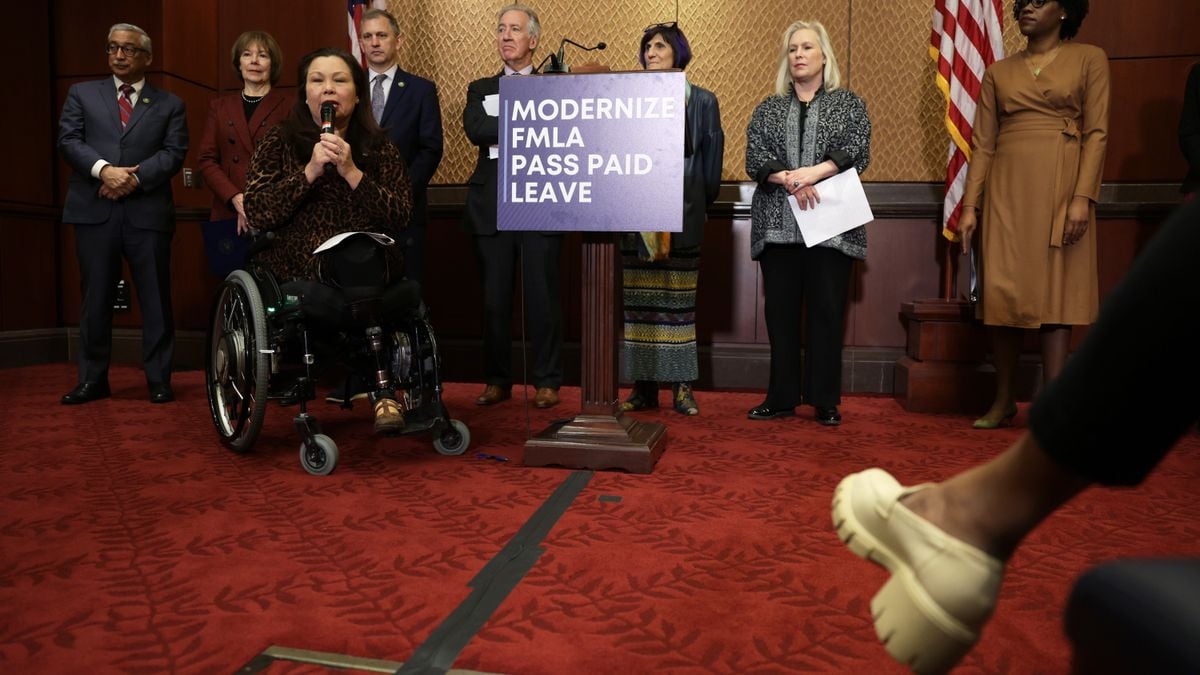 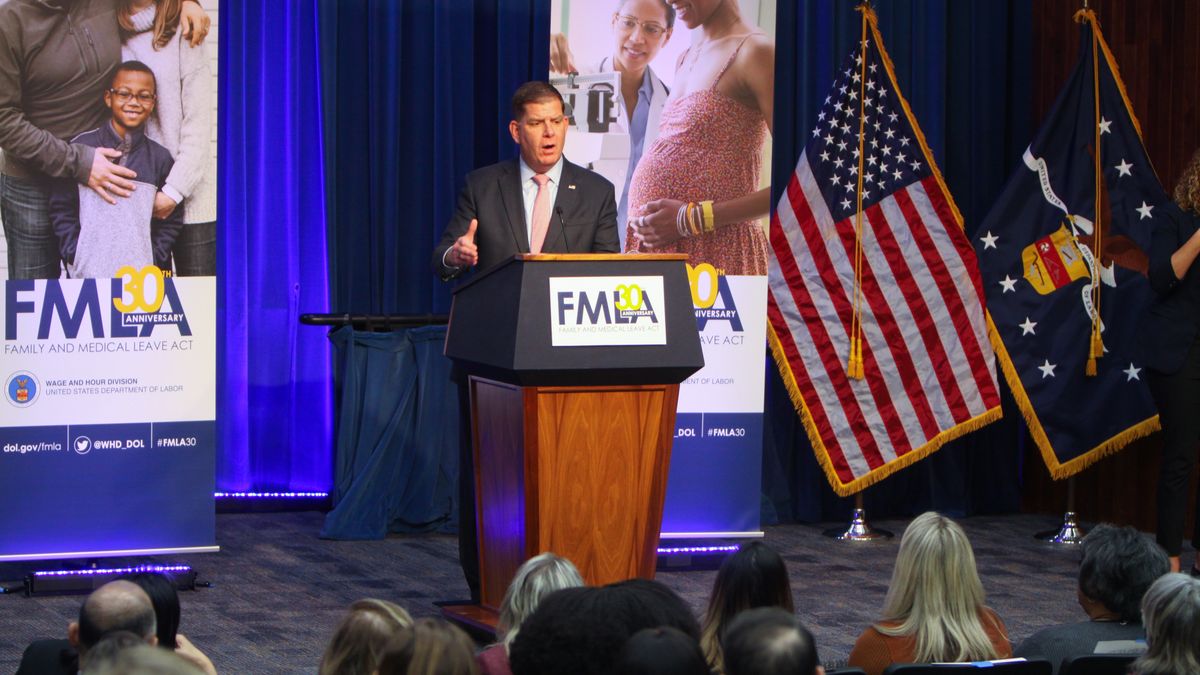 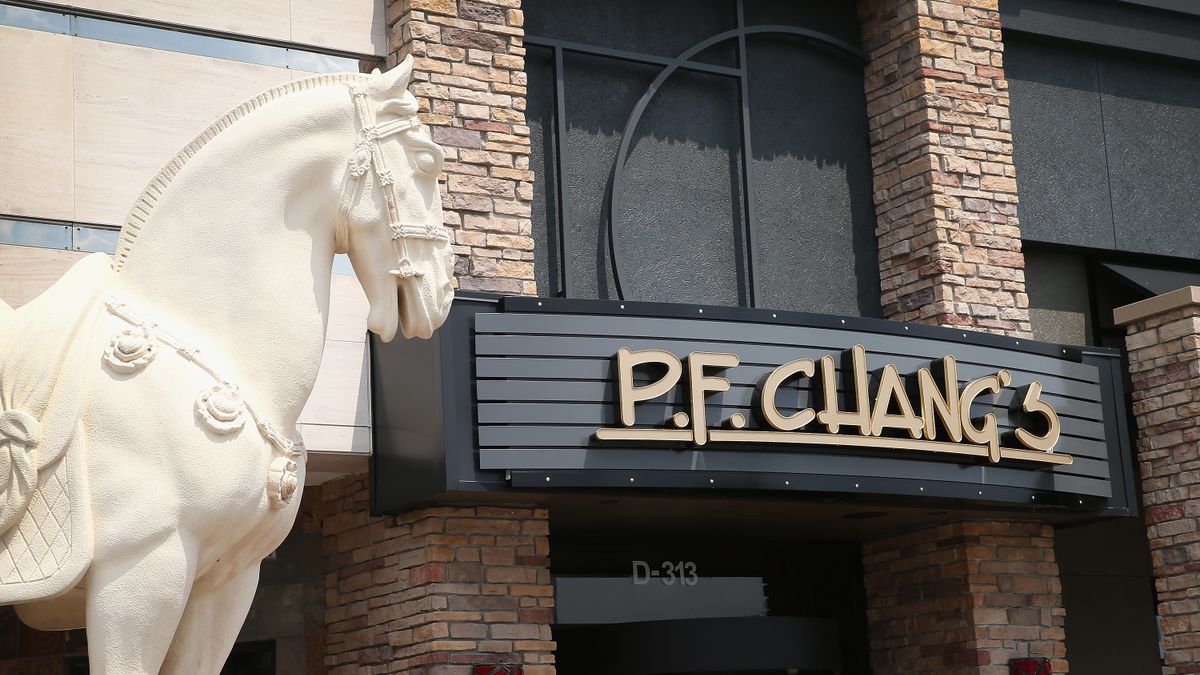 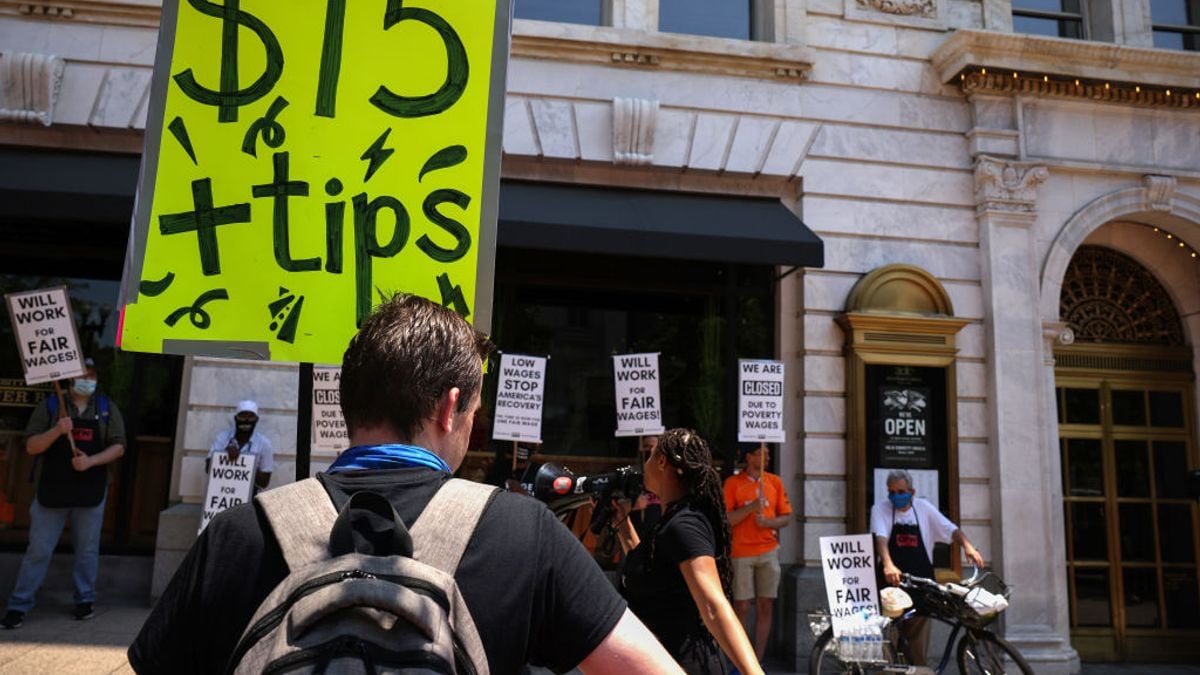 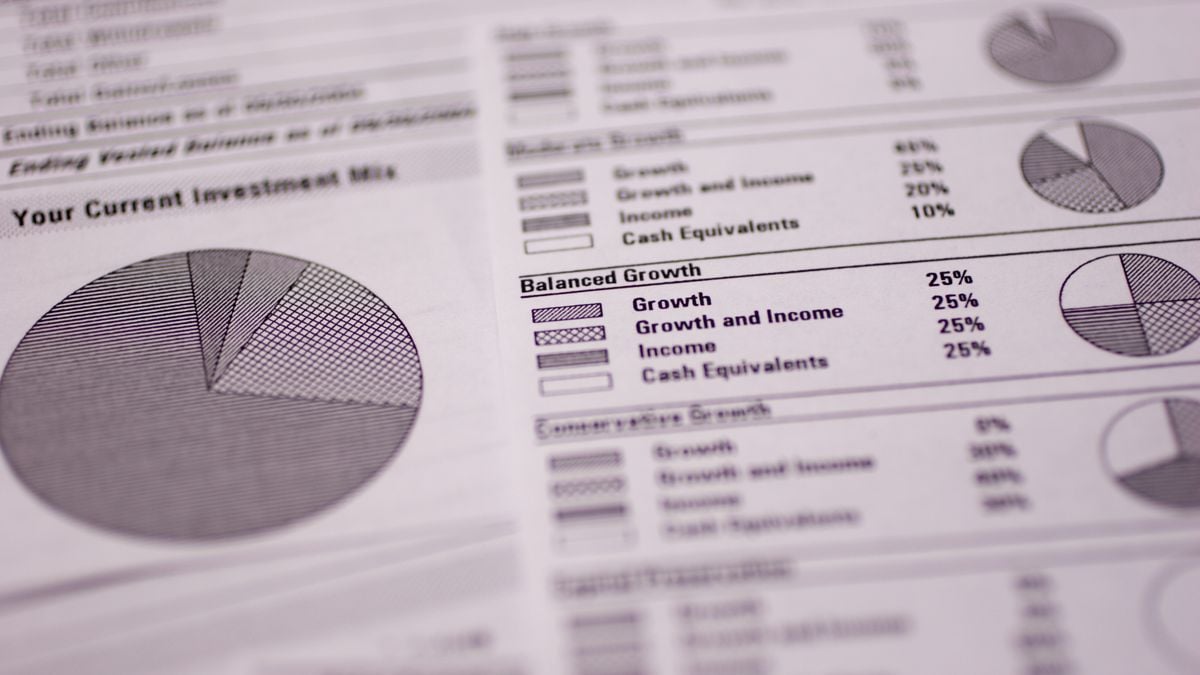 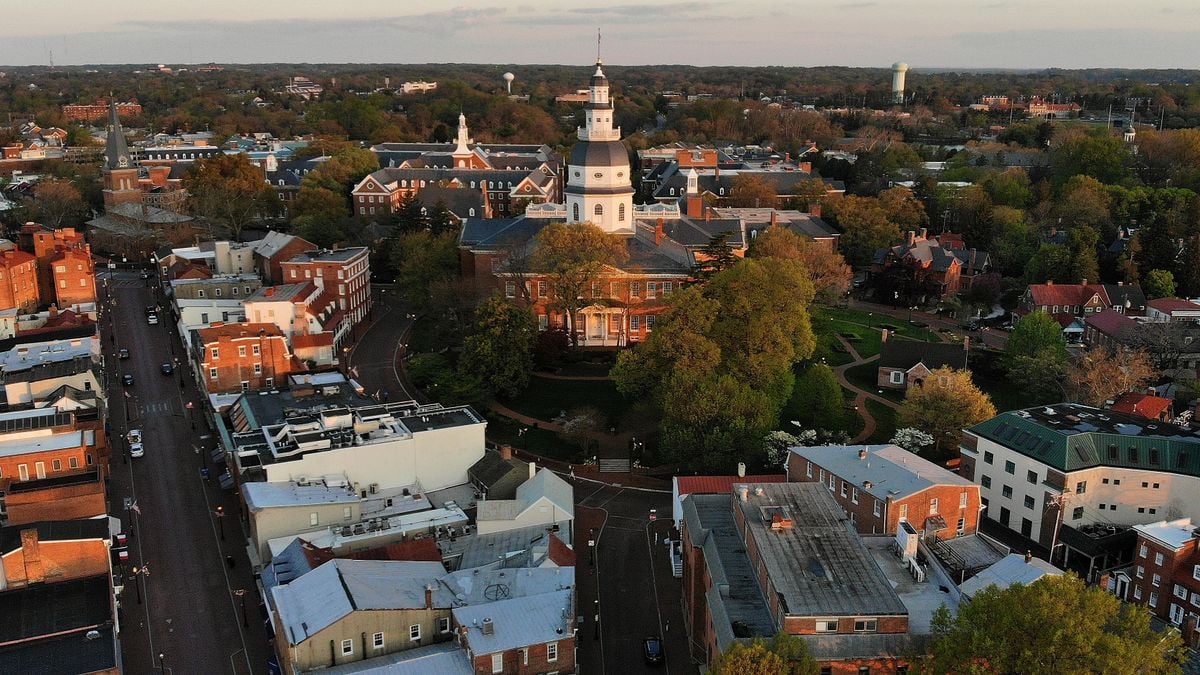