While things got off to a slow start, the new administration is beginning to make good on its promises to rescind and revise various wage and hour requirements for employers.

In several sessions at the American Bar Association’s recent Labor and Employment Law Conference, experts told attendees to expect updates in the areas of misclassification, overtime, joint employment and more. And while some of those changes will be welcomed by employers, the lack of movement so far has left them in the dark on several fronts. There is, however, a light at the end of the tunnel for at least some of these concerns.

While the fate of the Obama administration’s overtime rule appears to be sealed, the timeline for a less drastic increase to the Fair Labor Standards Act’s (FLSA) salary threshold for overtime eligibility remains unclear.

As part of the ongoing litigation challenging the original rule, the U.S. Department of Labor (DOL) has asked the courts to approve the concept of a salary threshold. Jennifer Brand, associate solicitor for DOL, said during a panel discussion at the conference that the move is part of an effort to ensure the agency has the authority to address the issue.

DOL also is in the process of reading the more than 200,000 comments it received in response to a public Request for Information (RFI) on the topic, the first step in a new rulemaking process.

As for a timeline, Brand said that DOL isn’t making any information public right now but that stakeholders should watch for the agency’s fall regulatory agenda for an estimated date of when they might see draft regulations. But, she cautioned, “'fall' sometimes means other seasons when we’re talking about the regulatory agenda.”

In a separate session, M. Patricia Smith, former solicitor of labor under President Barack Obama, said stakeholders would be lucky to see a new final rule in two and a half years. The next step, a Notice of Proposed Rulemaking, will be followed by a public comment period. DOL can then put together a final rule, but that will require lots of analysis along the way, she said.

That analysis, however, is likely strategic. The more attention DOL gives the rules, the better chance it will have at surviving challenges, noted Jeremy J. Glenn of Cozen O’Connor. Secretary of Labor Alexander Acosta has talked about his dedication to following the law, which includes the steps for regulations in the Administrative Procedure Act, Glenn explained. "The more one follows those steps, the more deference a court will give [the regulation]."

What to watch: DOL’s regulatory agenda. Smith offered the same prediction as Brand, saying that employers are likely to find out DOL’s estimated date for proposing a rule when the fall agenda is released. But again, "often, the fall agenda doesn’t come out until the spring," Smith said. "We’re talking a long time."

Another major unresolved issue for employers is the classification of workers as independent contractors. One of Acosta’s first moves as secretary was rescinding an Obama-era Administrator’s Interpretation (AI) on classification. But DOL hasn’t issued any further clarification on its stance and federal agencies and the courts continue to enforce disparate tests for such classification.

Without additional information, employers may want to research those tests, experts said at the conference. DOL’s is an important starting point, and the National Labor Relations Board also has its own, Maureen A. Salas, a shareholder at Werman Salas P.C., noted. And finding out what test the courts have applied in your region can be important, too.

They cautioned, however, about relying too much on individual opinions. Every worker must be evaluated individually using the proper test, and even courts have noted that similar cases can have different outcomes. "This is such a difficult area," Marisa Warren Sternstein, counsel for Dentsu Aegis Network, said. So consider the economic realities, look at schedules and talk to people to find out what they’re really doing. "And remember that things change, so you have to stay on top of this," she added.

And if you’re going to recommend reclassification, be prepared to show how some increased costs now could actually result in a savings in the long run. "How much money are you really saving by classifying people this way?" she said. "Put some recent judgments up in front of finance; that’ll get their attention."

What to watch: The ongoing litigation in this area. Companies in the gig economy, like Uber and GrubHub, are on the front lines, serving as test cases. The speakers debated just how much importance to place on the outcome of these cases because, again, classification is so fact-specific. "Facts are everything," Salas said, and if GrubHub wins, "this one decision is not going to mean that in the entire industry there’s no violation." Tracey Holmes Donesky, a partner at Stinson Leonard, however, says it’s still worth watching. "I think GrubHub is certainly going to give us some guidance one way or the other," she told attendees.

Uncertainty about joint employment remains a thorn in employers’ sides. Acosta withdrew an Obama-era AI on this topic at the same time he rescinded the independent contractor one and again, employers haven’t heard anything since.

When it was first issued, both DOL and many management-side attorneys said that the AI didn’t represent a massive shift in the department’s position; instead, it was in line with the agency’s focus on "fissured workplaces" – those that use staffing agencies, franchises and similar arrangements. So when Acosta rescinded that document, "many in the field viewed that as a shift in enforcement priorities," Glenn said.

But employers are still juggling various joint employment tests. The D.C. Circuit Court of Appeals is expected to shed some light on what type of arrangement creates a joint employment relationship soon, but under the National Labor Relations Act.

"It’s frustrating, I know," Glenn told conference attendees. "Different laws have different standards for the same concept [and] the court decision itself will not affect joint employment’s status under any of the laws that DOL enforces."

What to watch: There are several moving parts here. First, there’s the D.C. Circuit’s Browning Ferris decision to watch for. The U.S. Supreme Court also has been asked to review an appeals court’s ruling on the issue under the FLSA, although it has not yet agreed to do so. States also are increasingly legislating their own definitions and Congress is currently considering a bill that would require that an employer have "active, direct" control over a worker's employment to be held jointly liable under either the NLRA or FLSA. That bill passed in the House but both Smith and Glenn said it will face an uphill battle in the Senate.

Companies continue to struggle with proper "intern" designations — and they continue to pay the price with hefty settlements and damage awards. Unfortunately, it doesn’t seem that relief is expected any time soon.

When a panel moderator asked Sternstein about the best way to ensure FLSA compliance she answered, "pay them" – drawing laughter from the audience.

What to watch: Asked about additional guidance from DOL on the issue, Brand said she couldn’t say. She did, however, recommend that employers who use unpaid internships keep their focus on the learning opportunities for the interns, and pay particular attention to the appeals court opinions that have prioritized that aspect.

Employers also continue to shell out massive settlements and awards to resolve claims that they were running illegal tip pools.

While some business owners have been caught with their hand in the tip jar, others have faced major penalties for including dishwashers in a tip pooling arrangement with servers, for example.

The confusion began because of a loophole in the relevant regulations: Under certain circumstances, employers are permitted to pay tipped employees less than minimum wage if their tips make up the difference. One of the prerequisites for this “tip credit” is that any tip pools the employee is in must be "valid" – they can’t include nontipped employees.

The loophole? Employers found that if they didn’t take a tip credit and instead paid workers at least minimum wage and overtime, they could operate any tip pool they wanted. To remedy this, DOL revised its regulations in 2011 to make clear that nontipped employees could never be included in tip pools. Employers challenged those regulations in court, with mixed results. The Supreme Court has been asked to resolve that split among the courts.

Separately, the agency made clear that it intends to either rescind or revise those rules.

What to watch: The next movement on the issue may be DOL’s rulemaking because the agency has requested and received several delays to respond to the Supreme Court petition. It now has until Feb. 7. Glenn predicted that the Trump administration will jettison both the tip pool regulations and the dual jobs/20% rule. (See Fact Sheet #15: Tipped Employees Under the Fair Labor Standards Act.) "The February deadlines suggests to me that the tip rules are coming out before February 7th of 2018," Glenn said. Smith also recommended that employers watch state-level action; some may very well move to fill the void that repealing the regulations would leave.

Comp time — here, an hour and a half of banked PTO instead of an hour of time-and-a-half overtime pay — has been around for some time in the public sector. But FLSA requires that private-sector workers be paid for all hours worked, including overtime hours.

Now, a bill has been introduced in Congress that would extend that option to the private sector. Proponents say the pending bill would encourage employers to allow workers to take time off more often. Opponents say it merely amounts to an interest-free loan for businesses.

Glenn said he sees employee advocates’ point on this one: This may be one of those things where employers are asking for something they don’t actually want to administer, he said.

What to watch: H.R. 1180, which passed the House in May. It was immediately sent to the Senate but has been stuck in committee there since the summer.

The new administration has announced that it will return to offering wage and hour guidance in opinion letters, a tool used by previous administrations to respond to individual, fact-specific circumstances. Employers relied on these letters to make decisions and could use them in court to demonstrate a good-faith effort to comply with the law.

Under Obama, DOL stopped responding to individual questions in that way and instead adopted AIs, which addressed topics broadly. Acosta will now shift the agency back to opinion letters, although it remains to be seen when that might be and how often they will be issued.

What to watch: Submit your requests now, Glenn says, but maybe don’t expect too much. Smith agreed: "I wouldn’t be holding my breath." 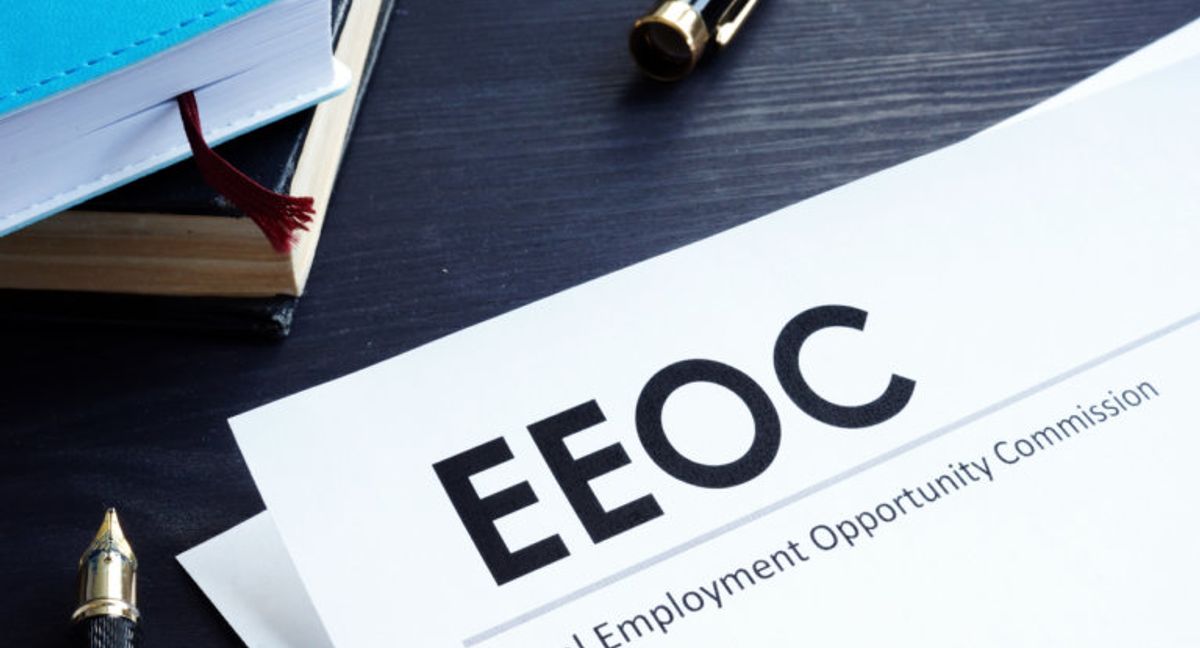 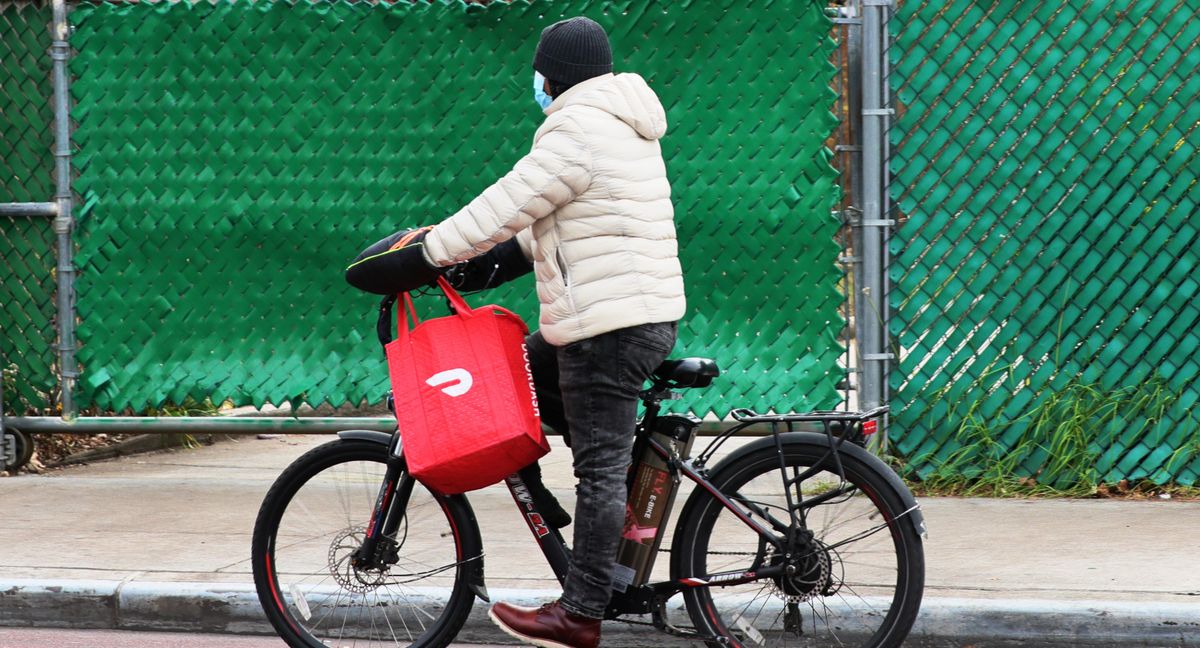 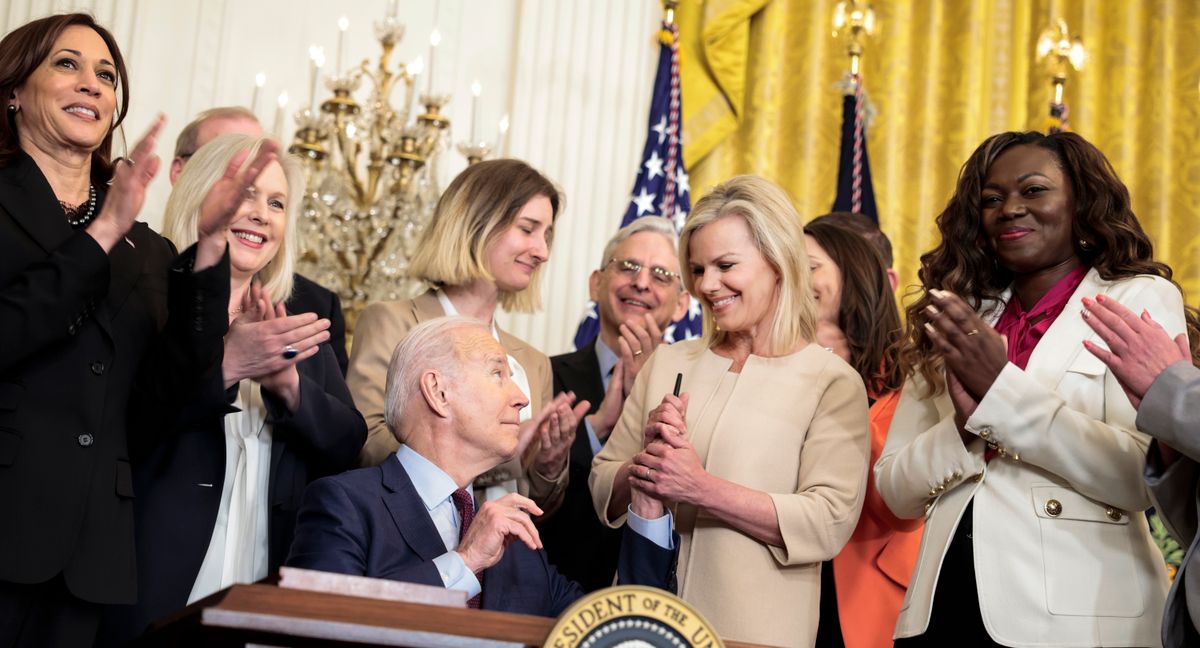