The Future of Work: How office design is changing

By
Emily Peiffer
and
Kathryn Moody

Editor's note: This piece also appears on our sister site, Construction Dive. Stay up-to-date with all the latest news on the construction industry there.

The future of the office is not in free meals or massages. Or the slides between floors or pod-like desks.

While the fluorescent-lit rows of cubicles — implemented to save costs in an era where workers had no choice but to work at the office — have been summarily rejected by the new generation of tele-able employees, young hires are looking for a workplace experience that engages in more ways than the quirky or off-beat.

Times have changed, Jonathan Webb, vice president of workplace strategy at KI, told HR Dive. As millennials and younger workers enter the workforce straight from college, more workers are demanding different work environments that allow and encourage the flexibility and movability that they had during university.

But employees of all ages are also seeking offices that encourage health and wellbeing — and that means saying goodbye to cramped spaces, windowless walls and sitting for eight hours straight.

What defines the office of the future? We spoke to the experts to find out.

Shifting the structure of today's offices is about more than aesthetics. About 82% of the companies that Webb's KI, a furniture manufacturer, spoke with said that many of their recent grad hires get "lost in transition" when they move from a flexible collegiate atmosphere to a structured corporate one. That means new hires take longer to understand their new corporate role and are at increased risk of leaving the company altogether, KI found.

"Attraction and retention remains one of the biggest issues in the U.S.," Webb said. "Gen Y is now the largest working generation, and this generation has more choices of where to work than any previous generation."

The new boundaries of choice are thanks to the amount of knowledge-based professions that have flooded the work world. Two jobs in two years is acceptable to millennial job seekers — but not exactly a joy to companies struggling with turnover.

That means an engaging office experience could make the difference in retaining top young talent.

“I think the thing that companies fail to do the most is recognize the different work styles that are demanded by workers,” Webb said.

In university, students can work in libraries, classrooms, cafes and their own rooms. Offices need to accommodate the same by offering spaces for and allowing movement between:

Workers also expect a strong sense of collaboration and integration of technology in their spaces, Webb said. All of KI’s clients in their study said that their newly hired grads liked to work in groups — meaning a good work environment will offer plenty of spaces where workers can choose to work in collaboration if they wish. Open office environments have gained traction for similar reasons.

According to a Ted Moudis Associates report, 89% of workplaces surveyed were open office style, with 67% of those workplaces using a desking/benching set-up, which makes what was once individual workspace more sharable and communal.

Keith Perske, executive managing director of workplace innovation for Colliers, told HR Dive that the entire definition of the workplace may need to change to adapt to this new need.

One value has become more visible in many workplaces: well-being. Holistic wellness is a strong priority for millennials entering the workforce, and offices are starting to subtly look the part.

Active design, which is the practice of designing a workplace that inherently encourages mobility, is an office trend that will have broad impact, Webb said.

"Offices are incubators for sedentary behavior," he added. "And while many have corporate wellness programs, they simply aren’t enough."

In other words: Exercise outside of work isn't a perfect antidote for sitting all day.

Colliers noted 14 different workplace aspects that improve all parts of employee wellness, including access to natural light, access to quiet rooms, presence of greenery, treadmill and sit/stand desks and a design that encourages walking and movement.

But how, exactly, do you encourage movement? Perske offers three distinct strategies that have worked at other companies.

One growing example of the intersection of wellness and real estate has emerged in the WELL Building Standard, created by New York-based wellness real estate and technology company Delos. In 2013, Delos created the International Well Building Institute (IWBI) to administer the standard, which focuses on the health and quality of life of a building’s occupants.

The WELL standard, which can be applied to new and existing buildings, measures "features of the built environment that impact human health and well-being, through air, water, nourishment, light, fitness, comfort and mind," according to the IWBI.

Paul Scialla, founder and CEO of Delos and founder of IWBI, said he was inspired to research what later became the WELL Building Standard after seeing "a pretty big gap in thought" in the broader green building movement.

Scialla said he and his colleagues at Delos researched the effects of a space on its occupants' health. Some of WELL's goals can be obtained through features such as ergonomic furniture and smart circadian lighting systems, as they allow buildings to support employee comfort, improve sleep and wake cycles, and promote alertness and productivity.

The Well Building Standard, which spans from offices to multifamily projects to retail and restaurant spaces, has certified more than 100 projects and nearly 30 million square feet.

IWBI representatives said offices have been quicker than other sectors to pursue the WELL Building standard, as the trend toward workplace wellness picks up steam among offices of all sizes.

A case study with office WELL-ness

CBRE, the world's largest commercial real estate services and investment firm, was one of the first companies to pursue the WELL Building Standard for its global corporate headquarters in Los Angeles.

One year after achieving WELL certification, CBRE surveyed employees to gauge the impact of the new wellness standard on their work experience.  The survey found that 92% of respondents reported the new space created a positive effect on their health and well-being; 94 percent said the new space had a positive impact on their business performance; and 83% said they felt more productive.

And last month, Delos and CBRE announced a new partnership, with CBRE planning to pursue WELL Certification for at least 100 buildings, sites or offices associated with the company.

Delos and IWBI representatives expect other companies to jump on board with this standard in the coming months and years.

"When you consider the prospect of merging a $180 trillion asset class in real estate with a $3 trillion industry, the fastest growing in the world, health and wellness, we think that's got broad economic benefits," Scialla said.

The importance of 'curating an employee experience'

Improving wellness and encouraging better use of the workspace will require both strong physical structure as well as solid wellness programs that encourage healthy, flexible living.

Perske noted that the true value of the workplace is actually about "curating an employee experience." If an employee goes to work in an office, there must be value for them to be there, especially now that the work cycle has expanded beyond the typical 9 to 5, Monday through Friday schedule.

"It involves building metrics around those other issues that aren't about saving square footage," Perske said. "We need to change the story to understand the true value of the workplace."

Check out the next post in 'The Future of Work' series: How new tools created the virtual workplace
Filed Under: HR Management 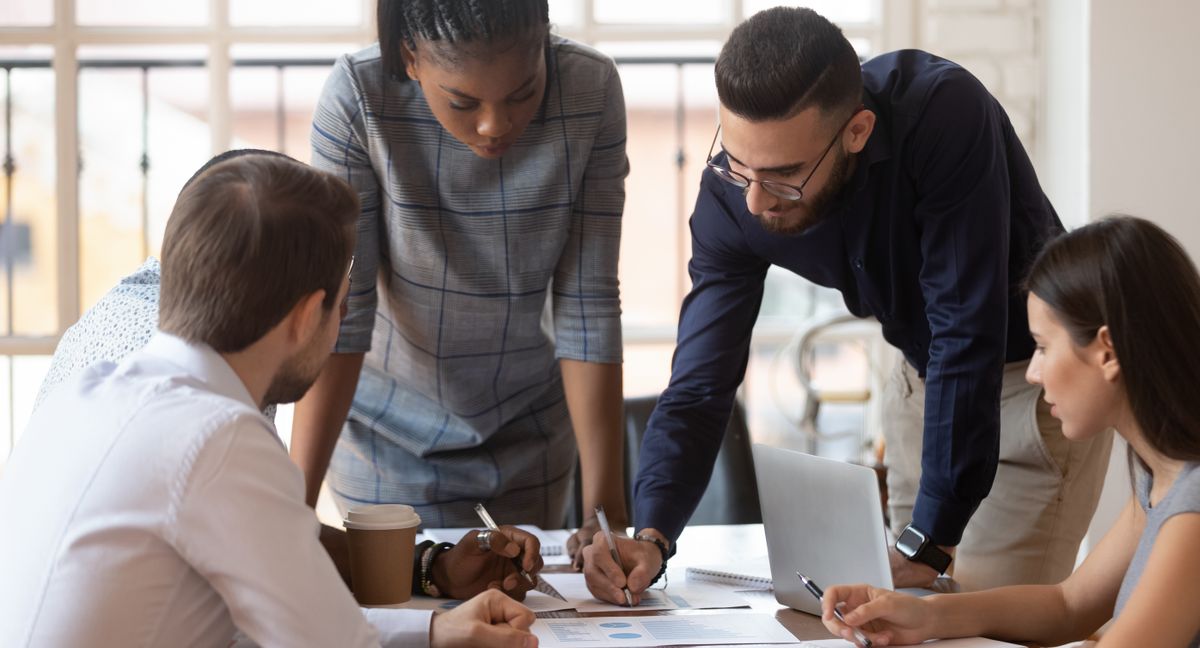 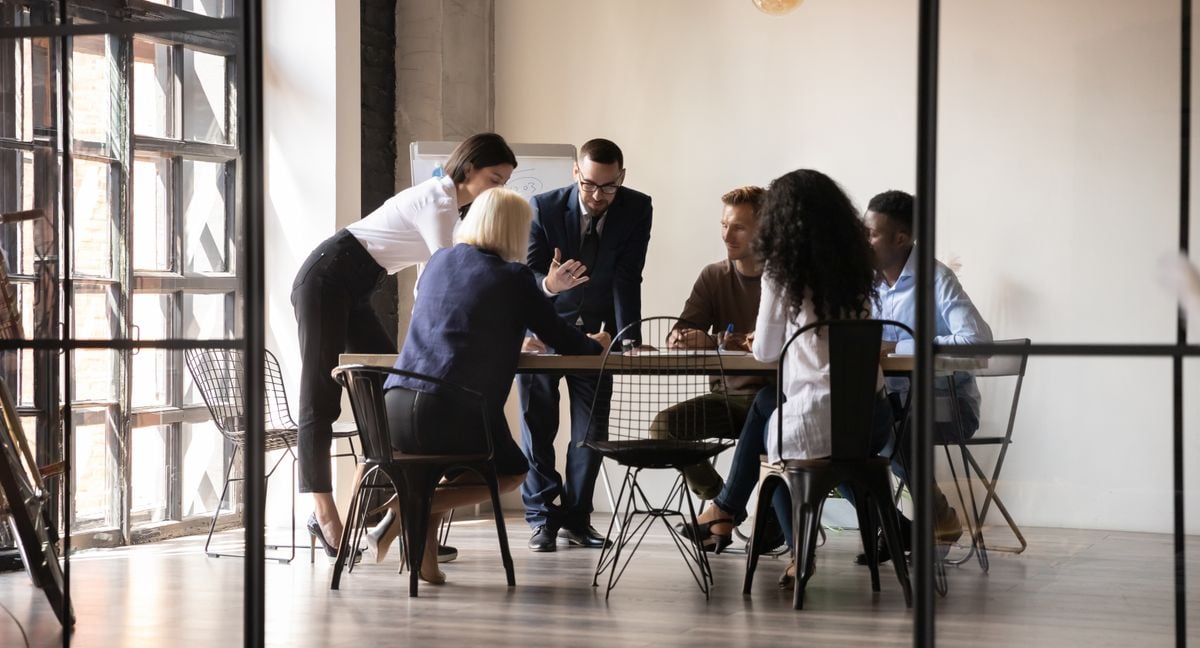 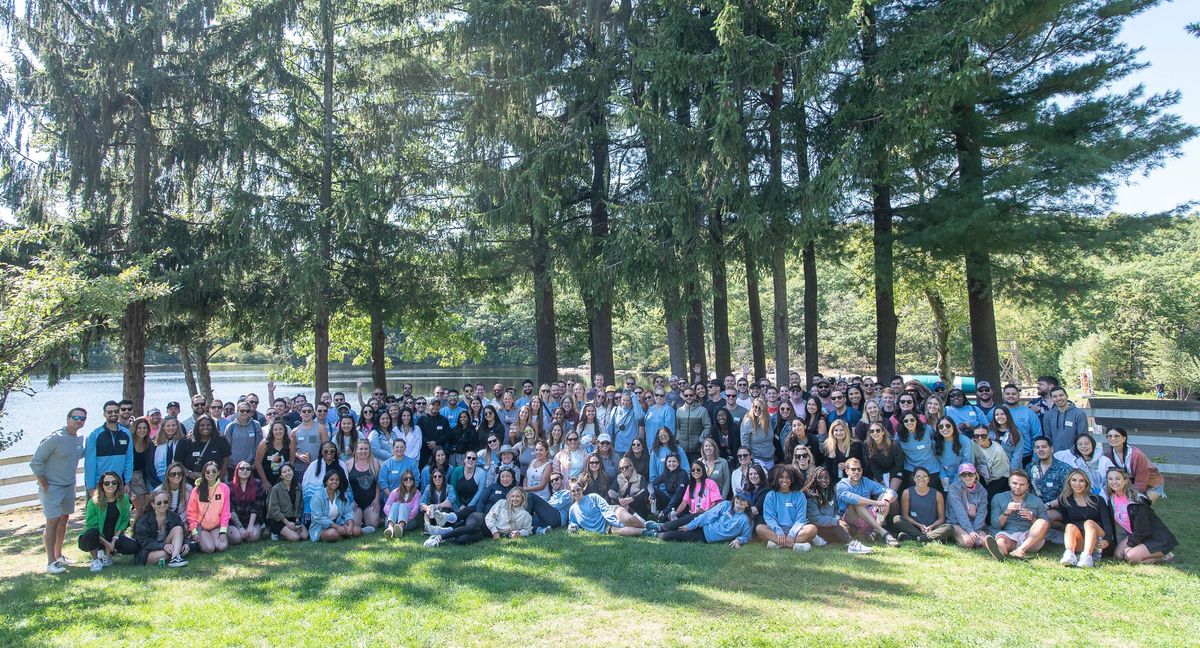