Hoping to drive innovation through diversity, GoDaddy has overhauled its personnel processes to ensure women and minorities can advance. 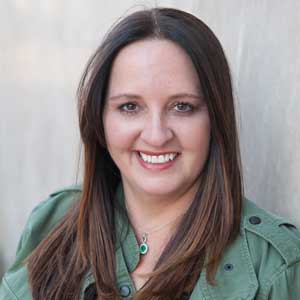 We eliminated the step in the process where we asked what they were making in their prior role. It’s been a great way to stop the cycle of insanity.

Her employer's reputation for sexism

At a time when several big tech companies are facing sexual harassment allegations and gender discrimination claims, the unlikeliest of companies — GoDaddy — is becoming a destination employer for women.

Once known for its risqué television commercials, the web hosting company changed its advertising direction, shook up its leadership and began the huge undertaking of creating a more diverse workforce and an inclusive culture.

One of the key players in that last undertaking has been VP of Global Engagement and Inclusion Katee Van Horn. She’s been with the company for about seven years now, rising through the ranks and creating that role and title for herself as she helped GoDaddy implement its diversity and inclusion initiatives.

These efforts have been more than a numbers game for the company, and more than an effort to avoid headline-grabbing scandals that lead to lawsuits. Diversity drives innovation, Van Horn told HR Dive, which is what GoDaddy needs: “We want to build cool s---."

Data from U.S. Department of Labor's Bureau of Labor Statistics

To address the composition of its own workforce, GoDaddy now requires a diverse candidate slate before it will begin the interview process for an open position. Hiring managers must have at least two female or minority candidates on their list, according to Van Horn. Research shows that if you start with a diverse slate, you’ll improve your diversity numbers, she said.

It was important to fix the compensation part of that puzzle, too, Van Horn said. Because women still face a gender pay gap, the company stopped requesting compensation history from job applicants — without a mandate to do so — allowing women to leave their "compensation baggage" behind, she explained.

And they've already seen some results: half of new engineers hired last year at GoDaddy were female, according to the New York Times, and female technologists, on average, earn slightly more than their male counterparts.

But creating a diverse and inclusive workforce involves more than just adjusting your hiring practices, Van Horn said. You can’t just add numbers; hiring ten African American women is great, but if they don’t have a great experience and don’t have the opportunity to move up the ranks, they’re going to leave, she said.

Women face roadblocks to advancement in many industries, as evidenced by the steep drop in their numbers among companies' higher ranks.

Percentage of Fortune 500 CEOs who are women

Data from Fortune 500 and Catalyst

And, according to Van Horn, much of that can be attributed to (1) the fact that women are less likely to ask for promotions and (2) how others treat women at work.

GoDaddy is addressing both of those barriers. First, the company now alerts managers when an employee has been in his or her current position for a while; they’re asked whether the employee is ready for a promotion and, if they’re not, what kind of guidance and feedback the manager is offering. That part is so important not only for upward mobility but also for retention, Van Horn said; “You want to know that you can get promoted.”

The second part involved addressing what Van Horn calls “microinequities.” GoDaddy leadership is trying to raise awareness around how it looks and feels when someone is interrupted in a meeting, or doesn’t get credit for a good idea. They also revised their annual review process to ensure that managers evaluate both men and women on a standard set of criteria. Finally, they scrapped the "nine-box," finding that "like-me" bias was creeping into decisions about workers' potential.

Today, women make up 26% of senior leadership at GoDaddy, according to the NYT report.

Despite these advancements, GoDaddy still has work to do, Van Horn says. She’s leaving at the end of the year to run her own consulting business but said the company's next step will likely be holding managers more accountable for the makeup of their own teams, with a special focus on LGBTQ employees.