More employers are looking to create a process that shows new hires right away where they fit in — both in terms of culture and the company's strategy.

Remember when new-employee orientation was mostly about reviewing benefits and company policies with new hires and having them sign reams of documents? While these procedures are still a necessary part of orientation, employers are increasingly realizing the need for a larger onboarding process.

Because the new-hire orientation of the past involved little conversation or interaction with new hires about their work or the company’s history, employees often felt isolated and confused about what they should be doing as newcomers, according to Richard Rossignol, founder and principal of RTR Management and Consulting Services.

Onboarding, on the other hand, can be a process for welcoming new hires, helping them adjust to their jobs and providing the support they’ll need to be successful. It's built on the foundation of orientation, says Tiffany Morris, CHRO of executive search firm Witt/Kieffer, but it goes step further, expanding beyond benefits presentations and speeches on how to navigate “the system.” Orientation is an event; onboarding is a process that continues over time, she said.

When carried out well, onboarding can be an effective retention and engagement tool — but onboarding gone wrong can drive out newcomers within months of their hire. Add to that the cost of replacing a new employee, and it's clear why an effective onboarding program can pay off.

What should effective onboarding do…or not do?

Onboarding programs should be designed around your goals; first decide what you want to achieve.

“We want to set up the new hire for success on Day 1,” Regis Wakefield, senior talent program manager at Greenhouse, told HR Dive. Her company strives to make the onboarding process comfortable and welcoming to new employees while helping them discover how they’re going to contribute to the organization’s goals moving forward.

It also should provide new hires with support that makes them want to come to work and know what they need to do on the job, Rossignol said. New hires can acquire new skill sets and begin building credibility through the process.

For Morris, onboarding is effective if it accelerates what she calls “time to performance,” or how quickly the new hire makes a productive impact on the organization. Onboarding also should connect new hires with departments or units beyond their core team to get an understanding of the organization’s structure and culture, she said.

Employment experts say that the most critical period for new hires' "survival" is the first three to six months on the job, when they’re most apt to leave. A 2017 Korn Ferry study found that between 10% and 25% of just-hired workers were gone within six months. The most cited reason? The job wasn’t what they expected.

Highly skilled, in-demand candidates have choices about where they want to work, especially in a tight labor market, so employers will want to ensure their process makes them an employer of choice. Employees are less likely to leave if they like their colleagues and team members, but if they feel disconnected and like they don't have a place within the organization, they won’t stay, Rossignol said.

Frequent onboarding mistakes include poor communication and a lack of recognition or celebration. Employers also must take care not to overload new hires with too much information; leaving them to “sink or swim” is never a desired outcome.

Generally, an onboarding process has four components, according to Morris:

RTR Consulting sets aside about two weeks for new hires to meet with their team members and learn how the work they perform aligns with the firm’s goals. A company tour also is included.

The onboarding process doesn’t have to run a set number of days or weeks. In fact, some employment experts believe that onboarding should last throughout the new hire's first year. Rossignol’s team checks in with new hires quarterly to find out if they’re growing professionally. He wants to know, for instance, if there are new things they want to learn, challenges they want to take on or what they think a reasonable time to complete a project may be.

Some organizations require new hires to make presentations before their new boss and colleagues as part of the onboarding process. New employees with experience in public speaking or addressing groups might be unfazed by the task, but others might find the task unnerving. Rossignol recalled a time when, in another company, a new hire was visibly embarrassed about having to stand up before a group and tell a funny story.

“One of the biggest mistakes employers make is asking new hires to step outside of themselves,” Rossignol said. “Not everyone is comfortable getting up and telling a funny story.”

How personal should it be?

Wakefield says an organization must decide what part of the onboarding process should be universal and what can be personalized. “We don’t want new hires to think of themselves as just a number in the organization, so personalization takes place on the team or department level, with a welcoming committee, a buddy system, one-on-one sessions and coffee chats."

At Witt/Kieffer, a semi-customized orientation occurs in the job activities, meet-and-greet and key resource phases of the process. Morris says it’s tailored to the new hire’s needs and level of experience. A personalized welcome should take place in the new hires’ departments, said Rossignol, where employers can help them visualize their career in the organization and their opportunities for development.

Some mistakes employers make aren’t with new hires, but with the way they structure the onboarding process. Morris said employers often want to design and deliver the perfect experience for new hires when there isn’t one. New employees aren’t looking for perfection; they want to be integrated into your organization, Morris said. To that end, she recommends that employers: build an onboarding process they can carry out consistently; get feedback on what is or isn’t working; and be willing to make adjustments as necessary.

How big is the culture factor in onboarding?

The second reason newcomers cited for leaving an organization in the Korn Ferry study was that they disliked the culture. Some retention problems start during the recruiting and interviewing processes, where the risk of giving candidates a false impression of a company’s culture begins.

And a culture mismatch is a recipe for disaster. “Companies fire more people because they don’t fit the culture, as opposed to their lacking the right skills," Rossignol said. He described a scenario at his firm in which a relative newcomer thought the company should aim for a 40% growth rate instead of its projected 20%. A faster-growing organization would have been a better fit for the newcomer, who has since left the company.

When asked how she felt company culture factored into the onboarding process, Wakefield said that new hires should be aware of a company’s culture before their first day on the job. And that begins in the recruiting stage.

But while recruiters and hiring managers can talk up company culture with job applicants and candidates all they want, the true test comes during the new hire’s first few days on the job.

How do you know your strategy is working?

With performance metrics, you can measure how long it takes a new hire to perform at the level of the average employee before and after the onboarding process, Morris said. You also can look at your turnover rates for employees with less than a year’s tenure and use information from exit interviews, she added. Rossignol agrees: turnover rates and exit-interview results together will give you measurable data.

Greenhouse uses surveys to track new hires’ experiences. The results can reveal aspects of the onboarding process that might be confusing new hires, as well as procedures or activities that need to be added or changed, Wakefield said.

If your new hires aren’t jumping ship soon after they arrive, and their feedback is positive, your onboarding strategy is most likely working working. But review it periodically, tweak it if necessary and be sure to continue to ask for feedback.

Editor's note: Story has been updated to clarify statements made about standard onboarding components. 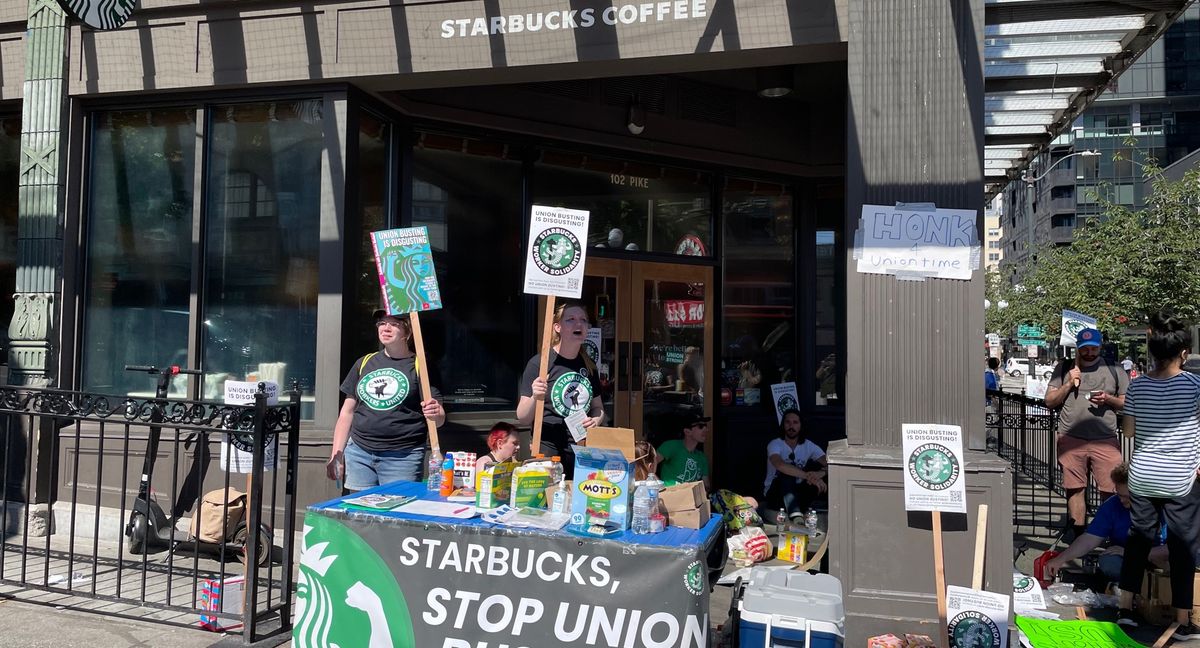 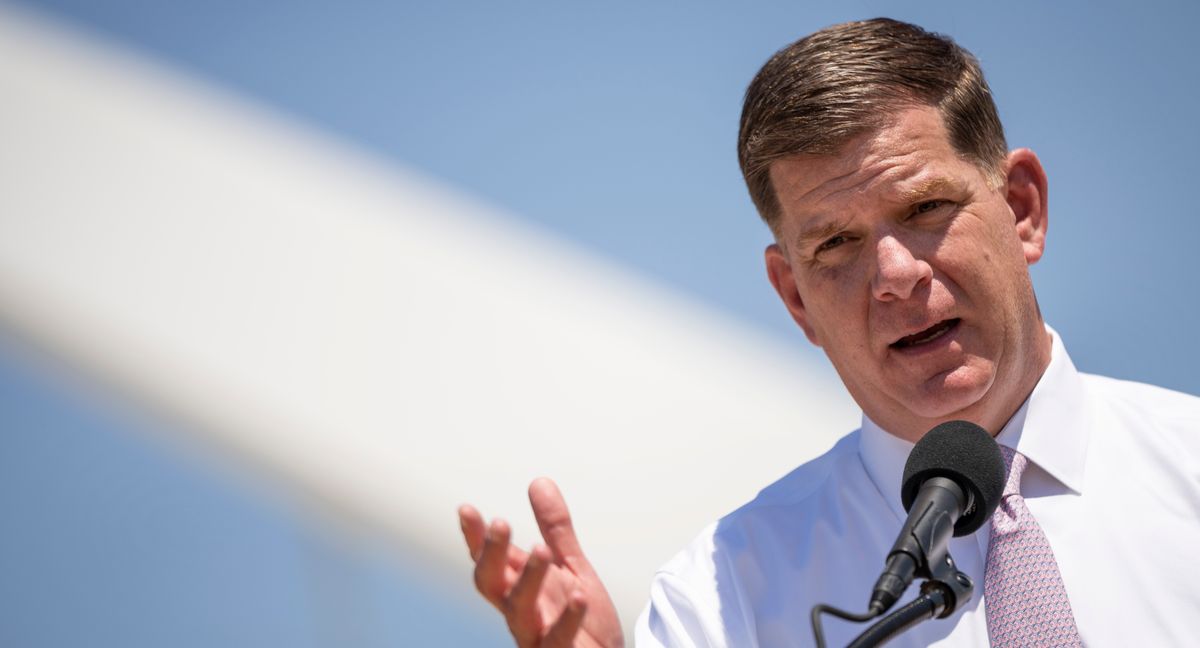 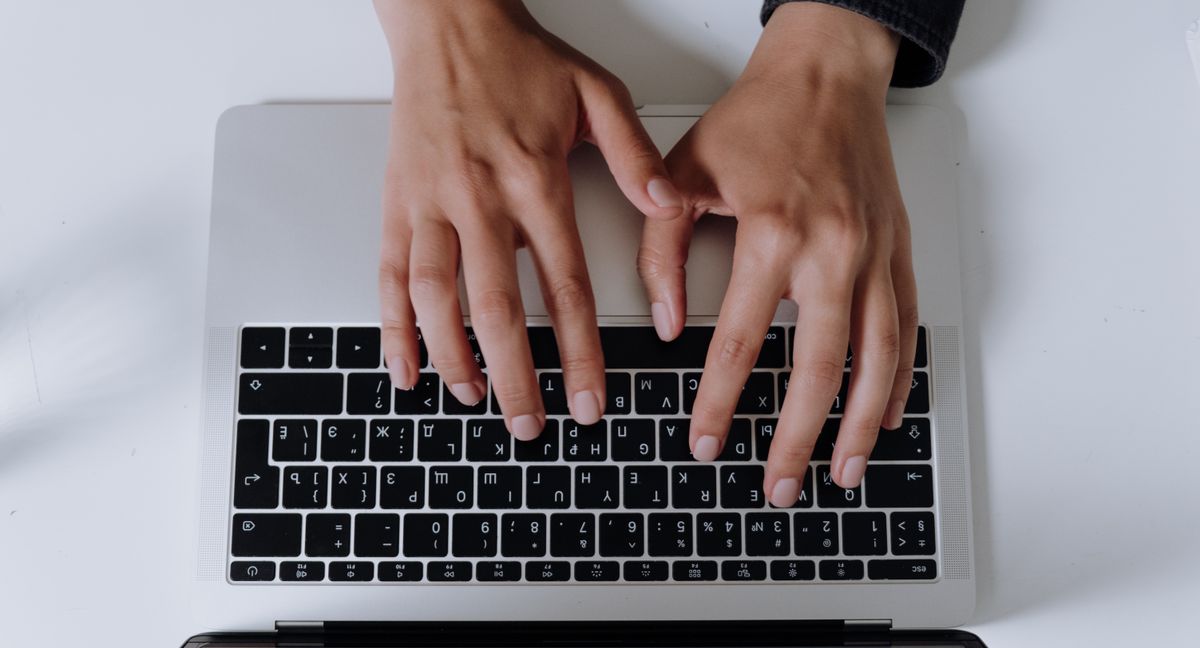 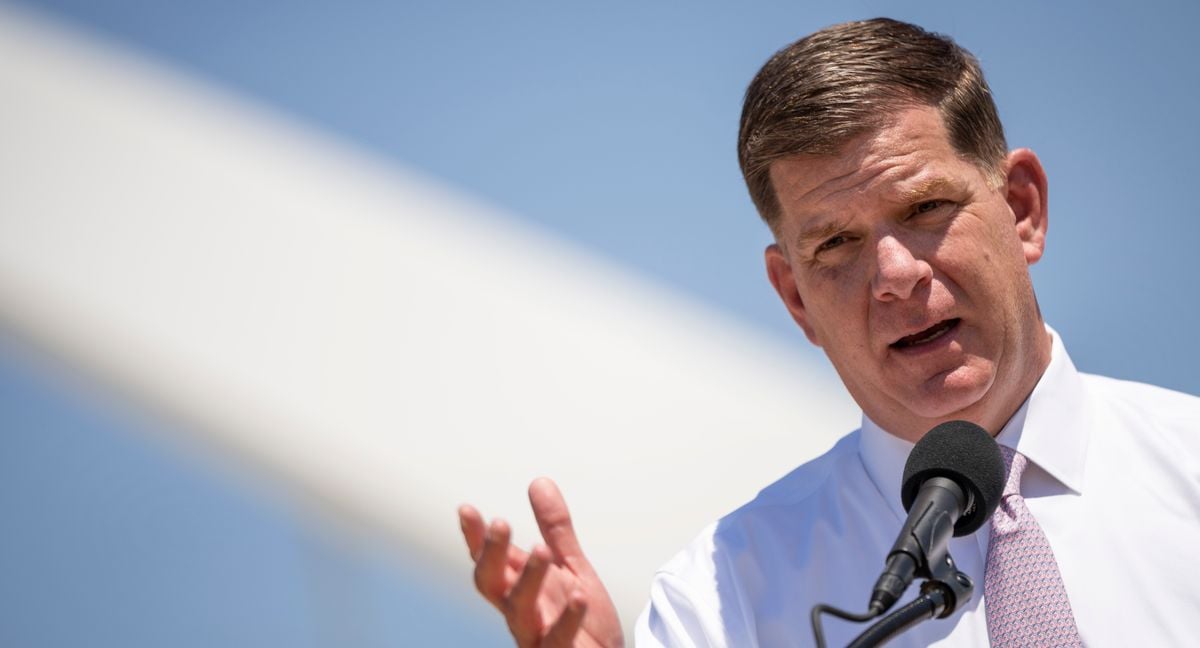 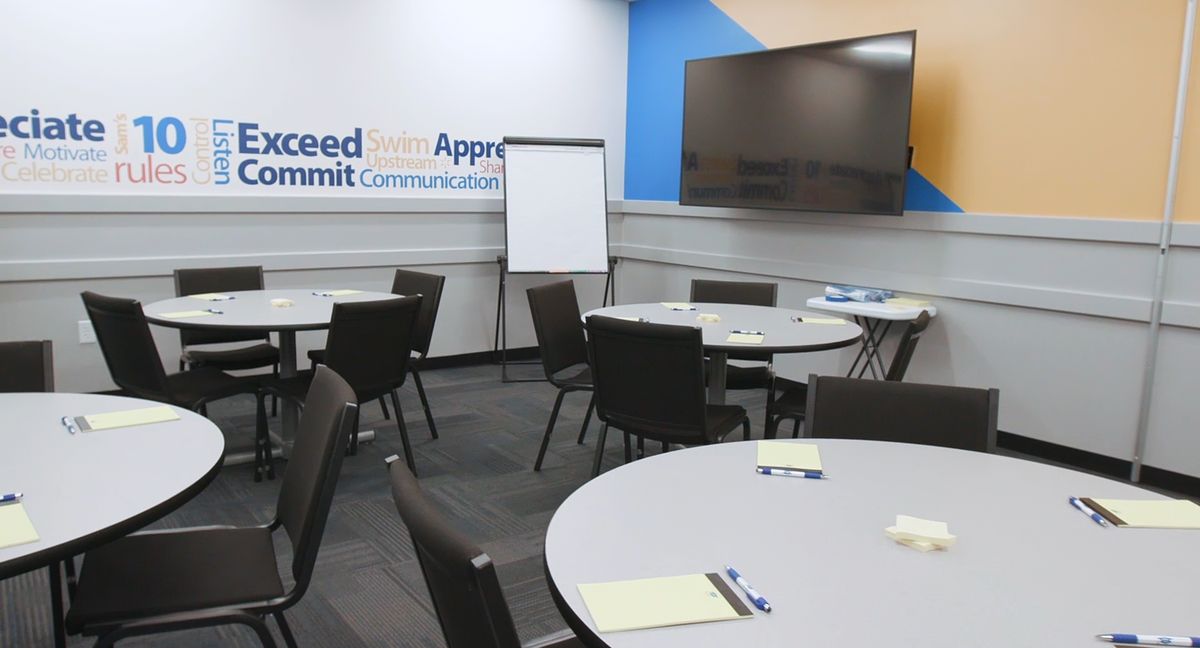 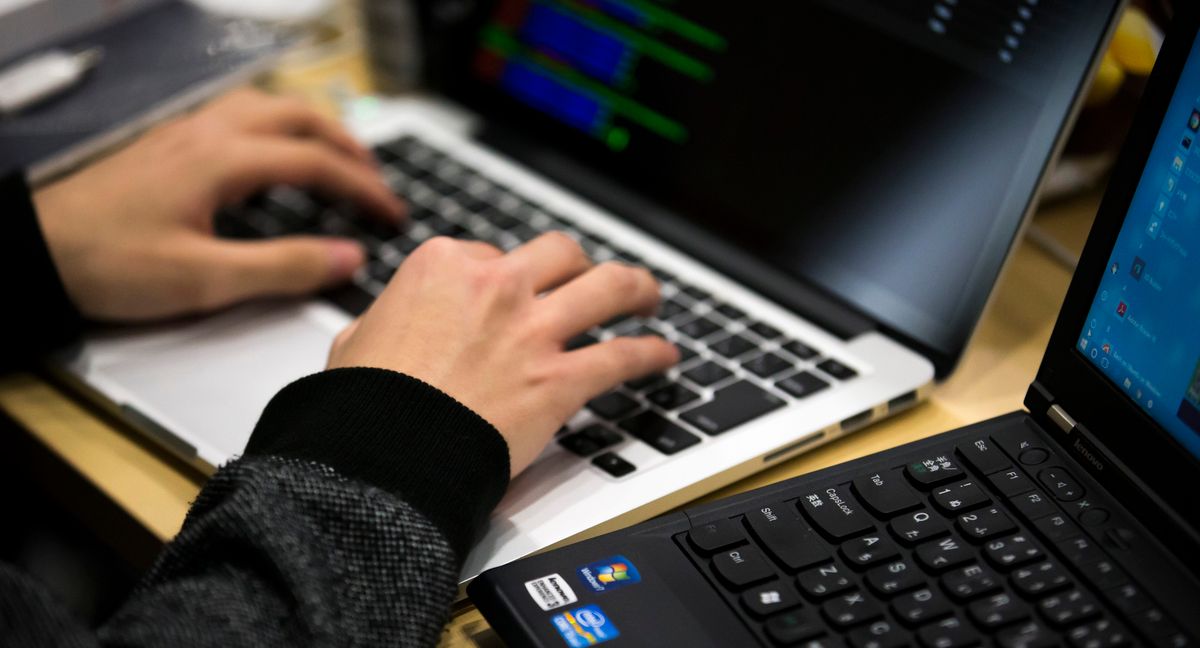 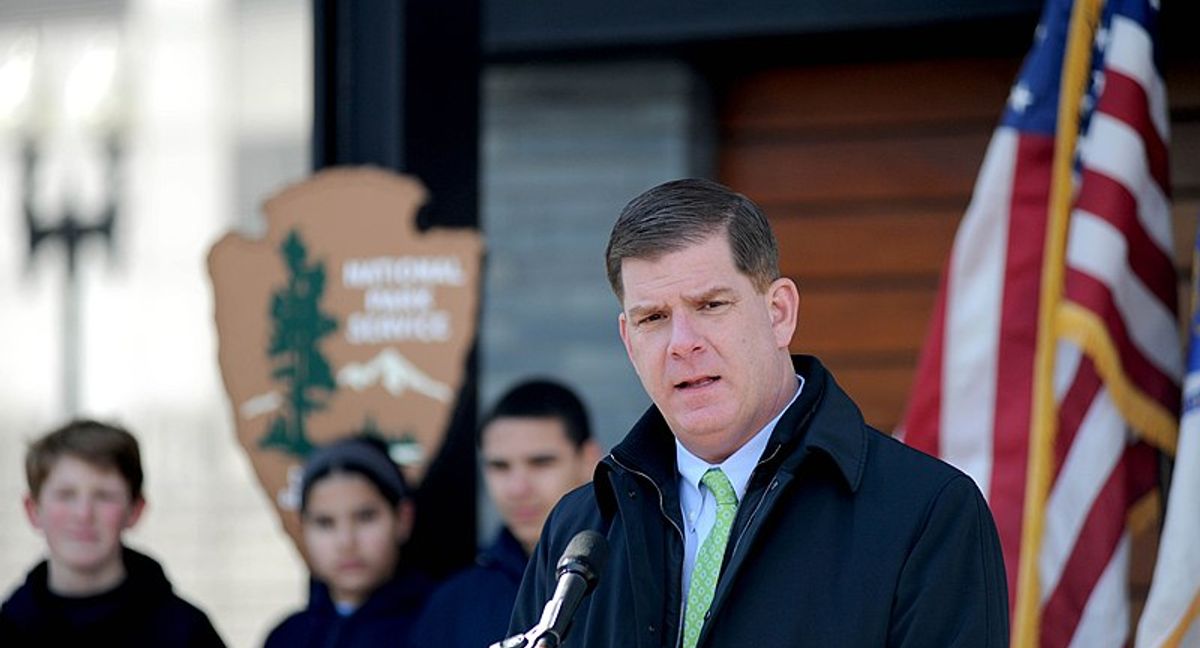