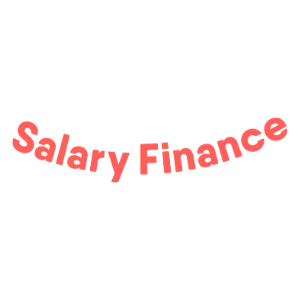 In a year where there was more of a spotlight on inequity and efforts to be more inclusive, the financial situation of the most vulnerable populations has become even starker, according to a new report published by Salary Finance. “Inside the Wallets of Working Americans, the 3rd Annual Salary Finance Report” reveals the findings from more than 3,000 American workers - about 2,700 of whom work for companies with more than 500 employees as well as about 500 unemployed workers - and includes questions on ethnicity, sexual orientation, and disability status for the first time. In many instances, the data is troubling and demonstrates the widening chasm between groups:

As accommodations from creditors and lenders expire over the coming months, Americans are in dangerous territory when it comes to their savings buffer. In 2020, less than 50 percent of workers didn’t have any emergency savings. This year that percentage skyrocketed to nearly 70 percent. Further accelerating the problem: the percentage of people who don’t consistently save money doubled, from 14 percent in 2020 to 28 percent this year.  With that in mind, it should come as little surprise that getting better at savings was next among improvements employees are striving to make. Nearly 50 percent of respondents selected it.

In the wake of events that took place in 2020, including the COVID-19 pandemic and racial justice movements, many employers took action to demonstrate that they value their employees’ health and wellbeing. Financial wellness benefits grew in popularity, with savings and earned wage access cracking the top ten most offered benefits in our survey. We also found a correlation between employee satisfaction and financial wellness benefits being offered: employer-level Net Promoter Score (NPS) was about 1.5 - 2 times higher on average when the employer provided access to benefits such as salary-linked savings or loans, earned wage access, or hardship funds.

We asked respondents which employee benefits they were most interested in getting access to that they weren’t already being offered. Of the financial wellness benefits we included, the most employees were interested in salary-linked savings, with 58% of employees saying it would be of value to them. Among potentially vulnerable populations, that percentage increased further, with 67% of Black or African-American employees, 65% of employees with disabilities, 64% of LGBTQ employees, and 62% of Hispanic or Latino employees expressing interest.

As businesses commit to the mission set forth by diversity, equity, and inclusion governance and put into place programs that support those at-risk populations, it’s my sincere hope that a year from now we are beginning to see a course correction. We cannot afford to continually overlook at-risk populations and it falls on all of us to do our part for change.