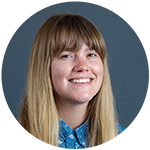 Cities have some power to fix this problem, the Urban Institute stressed, both in the long term by planning affordable housing in close proximity to employment hubs and in the short term by improving public transportation. But what can employers — especially those in the food service and hospitality industries — do to minimize spatial mismatch? One solution could include making hourly service jobs more enticing by providing potential workers with a career path, the Urban Institute said. For a chance to grow and earn more money, food service and hospitality workers might agree to longer commutes, and in turn, employers in these industries may retain more workers, the group suggested.

Given that the tight labor market leaves few industries with an abundant talent pool, employers hiring candidates for salaried roles or roles in knowledge-based industries still ought to consider how spatial mismatching can cut them off from potential workers. Short of picking up and moving the office or ending the blacklisting of candidates who live more than six miles away, employers can offer flexible work schedules and transit benefits to appeal to commuters. Making more positions remote also can lower the barrier to entry for candidates who live further away — and it gives talent professionals a larger group to recruit from, too.

Discover announcements from companies in your industry.